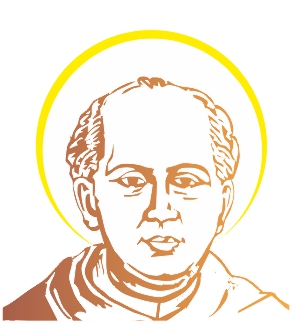 St. Chavara Kuriakose Elias has got the divine call in his very early age. When Fr. Palackal Thomas Malpan arrived at Kainakary to visit his visitors he happened to meet the young Kuriakose. It is described that he was pleasantly impressed by the boy’s character and piety. That virtuous boy of 11 years of age attracted Fr. Thomas Palackal. He discerned his brilliant qualities. He asked the boy’s father and asked to send him in order to train him for priestly life. But at first they hesitated to send their young child. Later by the intervention of Fr. Geevarghese Thoppil, the maternal uncle of the boy, the parents agreed to the proposal of Fr. Palackal.

For two years young Kuriakose stayed in Chennamkary parish and studied and later he was brought to the Pallipuram seminary and was entrusted to the care of Malpan Thomas. The old system of priestly training among the St. Thomas Christians was called Malpanate. The newly joined candidate received instruction and priestly and spiritual training mostly from an elderly, erudite member of the college.

In 1818 our young Chavara also joined the Malpanate under Fr. Thomas Palackal. The Scholastic Kuriakose was a pious, intelligent and kind towards the others in the seminary. He picked up the reading habit and language skills during the seminary formation. He was also one among the group who are sent to Varapuzha to the Latin language. Fr. Malpan had great respect, regard and love for Kuriakose, because he was a model of devotion to God, gentleness, humility, obedience, brotherly love.

He was privileged to receive the sacred Tonsure at the age of 13 due to the possession of priestly virtue and knowledge. During this time both of his parents and his only brother were victims of the epidemic broke out in that region. In this critical situation his uncles and relatives advised him to leave the seminary and take care of the family. But the young cleric refused to leave the seminary. He made arrangements with his elder sister at Edathva.

In due course Kuriakose received the minor orders from Bishop Peter Alcantra and in 1827 the subdiaconate and the following year the diaconate. He was ordained by Mar Stabilini  at Arthunkal on 29th November 1829 and celebrated solemn liturgy at Chennamkary on 30th November 1829.